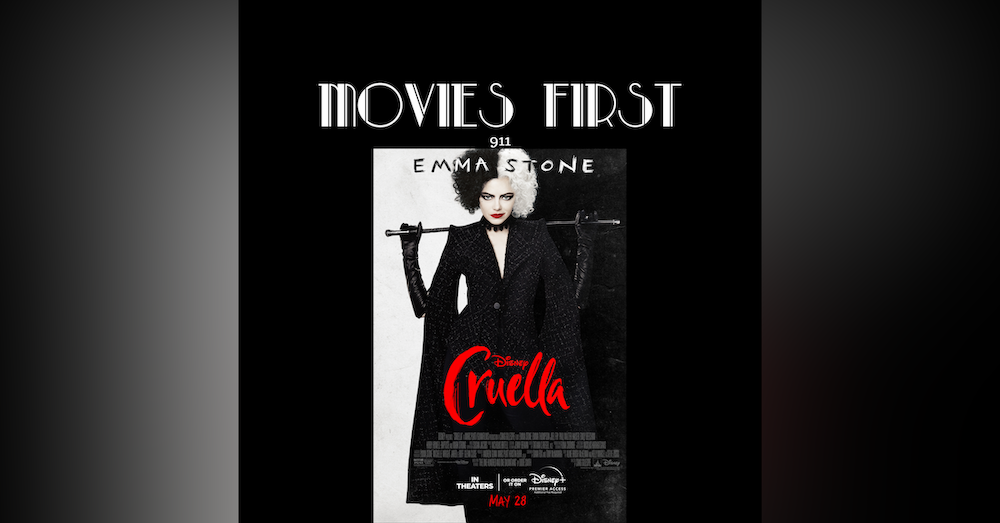 It is clever, funny and sassy.

A family comedy turned into a sophisticated adult offering – that is Cruella.

English children’s novelist and playwright “Dodie” Smith is best known for the novel The Hundred and One Dalmations (1956), which became the big screen animation 101 Dalmations in 1961.

Disney made a live action remake in 1996, with Glenn Close as Cruella de Vil (and there was also a sequel four years later).

Now we turn back the clock to see how Cruella came to be.

The movie is primarily set in the vibrant punk era of ‘70s London.

She (Cruella that is) began life as Estella (Tipper Seifert-Cleveland), a gifted, nonconforming young girl being brought up by her single mother, who tries in vain to bring her daughter’s devil may care attitude to heel.

Estella is energetic, edgy and creative and gives more than she gets, which sees her in constant trouble.

Heading from the country to the city, an unfortunate fate awaits Estella’s mother, whereby the girl is left to fend for herself, with her faithful little dog Buddy in tow.

She befriends two petty thieves, Horace and Jasper – realised as adults by Paul Walter Hauser and Joel Fry – who take her in and become her family.

We’re now 10 years on. Estella (Emma Stone) is 25 and she is living harmoniously – enacting scam after scam – with Jasper and Horace.

She dreams of becoming a fashion designer and unexpectedly gets her chance – at the ground level, mind you – in an upmarket department store, Liberty of London, thanks to Jasper, who has “pulled a few strings”.

Let’s just say it is not the experience Estella had wanted it to be.

As chance would have it though, her handiwork is noticed by the uppity doyen of fashion, known as the Baroness (Emma Thompson).

Estella believes she has finally found the mentor who will help her achieve everything she has always desired, until a revelation that shocks significantly alters her fate.

There is so much about Cruella that is so darn good – a great deal to be excited about.

First up, plaudits to Dana Fox (Isn’t It Romantic) and Tony McNamara (The Favourite) for the cracker script that takes us on a journey – a rollicking ride.

Secondly, the performances – led from the front by two artistes who are used to excelling at their craft (Stone and Thompson) – are fabulous.

Both are “look at me” showings and, in isolation, are worth the price of admission.

But they are far from alone, as Hauser’s comic genius and Fry’s empathy are memorable.

John McCrea turns his role as Artie – the proud, cross dressing proprietor of a pre-loved clothing boutique (and Estella’s kindred spirit) – into a sure-fire winner.

Mark Strong is a tower of diplomacy as the Baroness’ dutiful “servant” – the valet John.

And on it goes – the secondary players being excellent too.

I greatly appreciated Nicholas Britell’s original up-tempo score, while huge credit must go to Craig Gillespie’s fine direction in a film that is long but most satisfying.

It is well worth a trip to cinema to see. High gloss, high fashion and hijinks abound. Do not miss it.