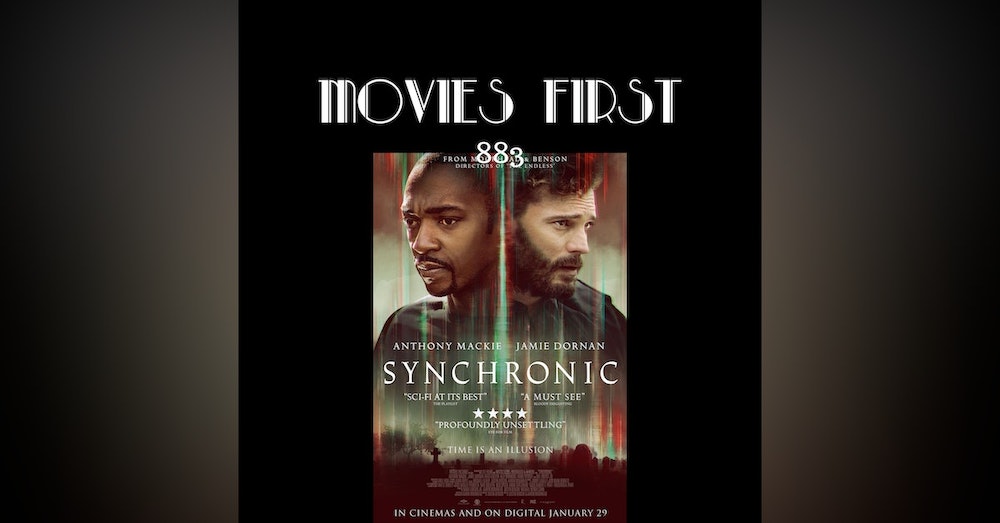 Two New Orleans paramedics' lives are ripped apart after they encounter a series of horrific deaths linked to a designer drug with bizarre, otherworldly effects.

As the adage goes time and tide wait for no man. In this slice of life piece, which morphs into science fiction at chemist has invented a time travel drug that sends people back. It has greatest impact on those with young minds. They're the ones who are most inclined to be high. And what a trip it sends them on.

Steve played by Anthony Mackie and Dennis Jamie Dornan, a long time friends and new Orleans paramedics, constantly being called out to overdoses. Dennis is unhappily married. He and his wife, Tara, Katie Appleton have an 18 year old daughter, Brianna E E, and EDIS. Who's about to go off to college, although she doesn't know what she wants to do with her life.

Lately she's become virtually non-communicative with her parents who have also got a one-year-old. Steve is used to playing the field and about to heavy drinking. Recently he's been popping pills for pounding head tests, reveal. He has a deadly growing brain cancer. That's kept his pineal gland, which produces and regulate some hormones, including melatonin from calcifying.

He and Dennis had called out to yet another overdose case only to find that Brianna was involved and now she's disappeared. Steve resolves to buy up all of an insidious new designer drug called synchronic. That's causing many of the lightest problems and seems to have permeated the market less than get into any more wrong hands.

That results in a chance encounter with a chemist who manufactured the synthetic pills, which works by effecting the and calcified pineal glands. The children and teens have suddenly a whole new world opens up for Steve. Through trial and error with synchronic, he believes he can find Brianna synchronic.

The movie is the brainchild of writer, Justin Benson, who also co-directs with his best friend, Erin Morehead. I preferred the first half to the second, which became far more predictable for a long time.

I didn't know where the film was heading and I was keen to find out, but once Steve crossed over, I'm afraid most, if not, all of the mystery was gone still, the setup was impressively left of center. That involved a number of what a best termed psychedelic trips, Mackie, and Dolan make the most of their respective roles with both their characters.

Having skeletons in the closet, Mackey plays earnest and Dawn and lost. Steven Dennis enjoy. And at times fraught relationship, the script plays on the tenuous nature of life and the look for escapism. It also stares down the vicissitudes that can change everything in a heartbeat. The creepy soundscape  by Jimmy Lavelle adds to the air of the unknown.

Synchronic is a small audience film that has something going for it, but it's not master work. It scores a six out of 10.