The Courier (Thriller) (the @MoviesFirst review) 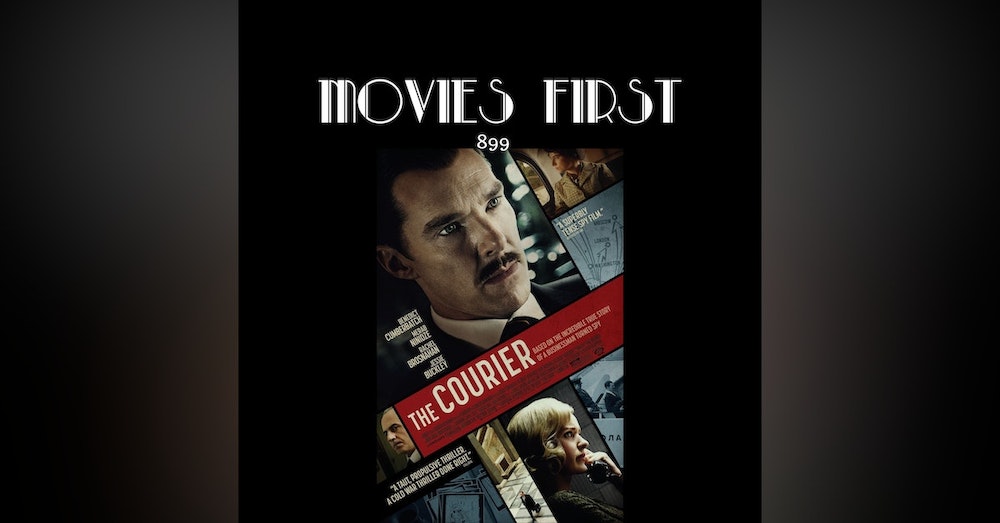 Cold War spy Greville Wynne and his Russian source try to put an end to the Cuban Missile Crisis.

[00:00:00] The cold war is alive and well. And the Cuban missile crisis is about to happen in the tense. Thriller the Korea based upon fact, it tells the story of arguably Russia's most valuable source of information for the West during this tumultuous period, with a threat of nuclear war, a real possibility, a high stakes cat and mouse game plays out.

Oleg Penkovsky played by  is a family man with a loving wife and young daughter. He's a reasonably high ranking, Russian official, a former military man who Rose to the rank of Colonel who fears what leader Nikita Khrushchev is capable of. He wants to prevent the almost unimaginable from happening. To that end.

He takes a risk by secreting valuable Intel through a couple of random Americans. He hears speaking, asking them to take the offering [00:01:00] post haste to the U S embassy one does. And that sets off a chain of events that will see literally thousands of documents photographed and shared. With a lack of resources, the CIA calls on  for support, by determine the best way to avoid suspicion is to enlist the services of a civilian as distinct from a seasoned spy. So it is that the conduit for extracting information becomes a British salesman. Greville Wynne played by Benedict Cumberbatch with a wife, Sheila Jessie Buckley, and young son, Andrew care Hills.

He's done business in Eastern Europe, but not in Russia. When is expressly told not to share the truth of his endeavor with his family? That in itself could prove problematic because he's been caught out before having had an affair. As far as the espionage goes, all progress as well [00:02:00] until things go horribly wrong.

It takes quite a while for the story to build momentum and kick up again. The filmmakers writer, Tom O'Connor and director Dominick cook seemed to take an inordinately long time to establish the setup and then deal with a significant hiccup before bringing the story. Arc home Cumberbatch is convincing in the lead role.

A man who moves outside his comfort zone. It's an excellent trial of a man on edge. I also appreciated the calm demeanor of an, a Netscape in depicting a man with a greater purpose intent on doing the right thing. I liked the contrasting styles attributed to the Americans and the British, particularly as seen through the eyes of Rachel Brosnahan as Emily Donovan, CII and Angus ride as Dickie Franks, M I six.

They're the two agents charged with direct responsibility for the operation. Buckley plays an important [00:03:00] part as wins. No nonsense wife who suspects he's up to no good. There's an authenticity about the sets and settings readily transporting us back in time, the chorea casts a nefarious picture of a time. The world was on the precipice. It could have been tightened to maximize its impact, but it's still well worth a look at scores, a seven out of 10.